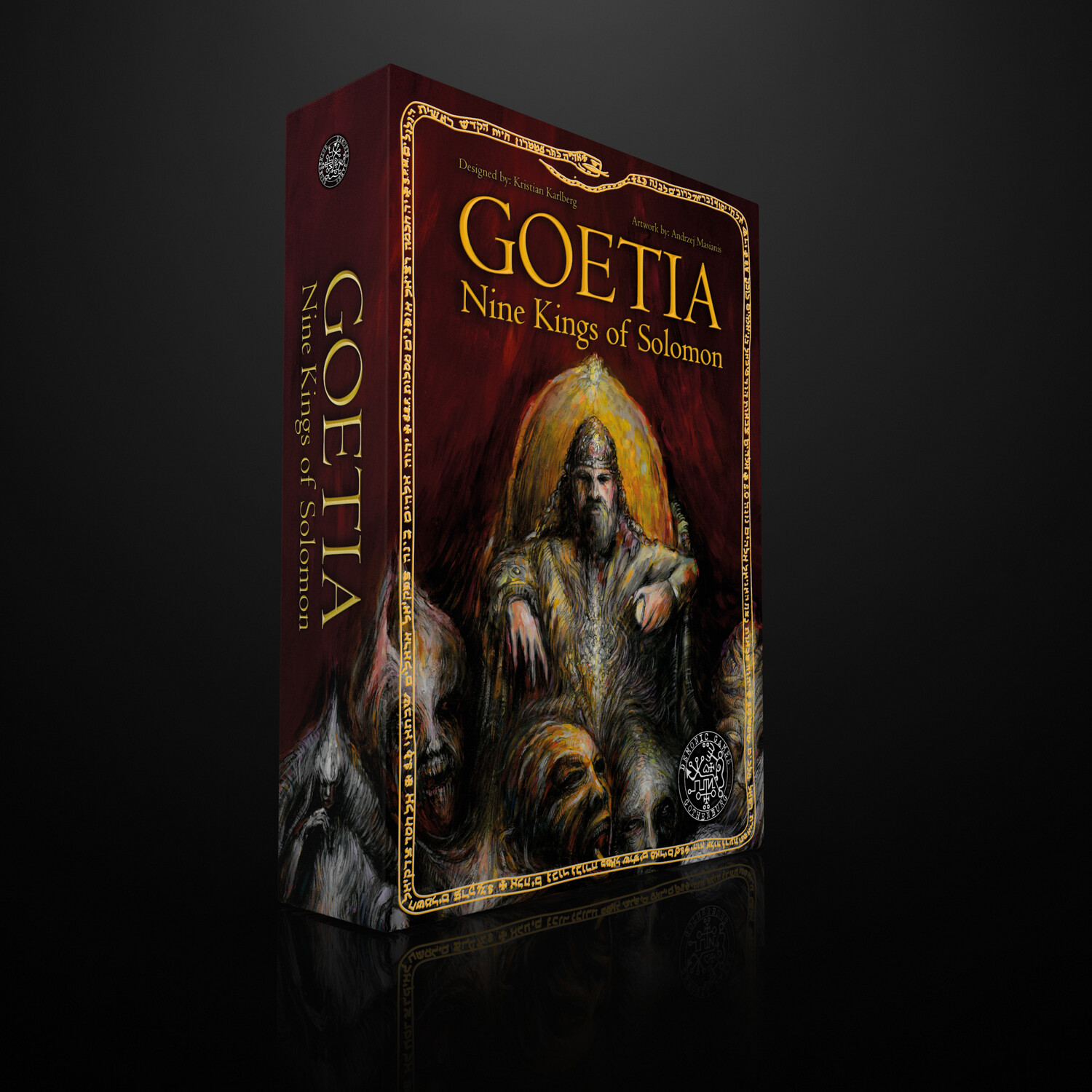 Goetia: Nine kings of Solomon is a worker placement, resource management game where each players try to contact, conjure and worship goetic demons. The game is focusing on the 9 demon kings that appear in the scriptures Lemegeton Clavicula Salomonis.

The game is played in clockwise turn order. Each turn the players places one of their 3 followers on a modular board. When placing a worker the players get the depicted resource(s).

Players can also pay one resoruce in order to send their workers to contact demons. By contacting demons players are awarded Demonic Attention. When a Demon has run out of attention, a Demon is conjured and players can now pay more resources to worship said Demon in order to get special abilites (Demonic Powers, Artifcats, Treasures).

Demonic Powers are worth Worship Points (WP). The player with the most most coins and WP from demonic abilities and pacts is the winner.

When all demonic powers have been awarded to the players new special areas are uncovered where players can earn more Worship Points by exchanging cubes for Attention, or making Pacts with Demons.

Game ends when a player has 4 active Pacts with a Demon, or when a certain number of Pacts have been acquired by all players.